Fisetin, or called 3,3′,4′,7-tetrahydroxyflavonoid, is an active ingredient from a plant extract, such as Rhus Succedanea, Continus Coggygria, or Wax Tree Extract. it has been in the spotlight most recently for its senolytic potential.

Fisetin is a natural polyphenolic flavonol which exists in many fruits and vegetables, such as strawberries(16mg),apples(3mg),persimmons(1mg),onions(0.4mg),grapes(0.3mg),kiwi(0.2mg),cucumbers(0.01mg), peaches(0.06mg) etc. 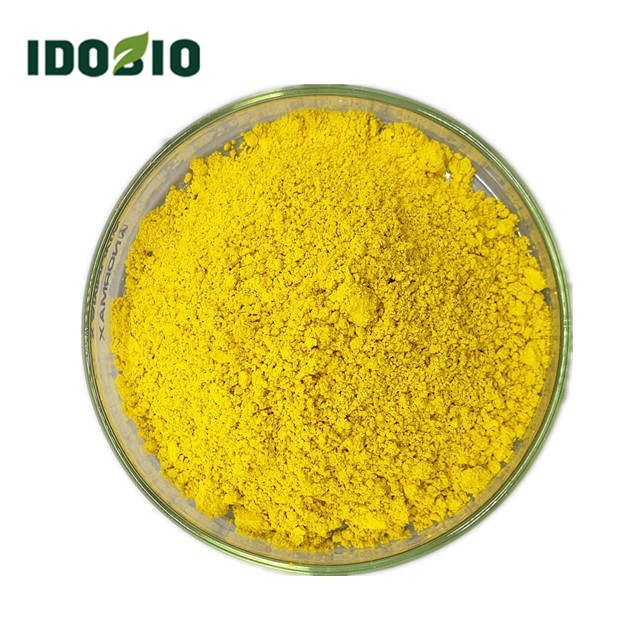 You can find fisetin in a wide variety of plants, naturally extracted from Rhus succedanea. L or wax tree(Toxicodendron succedaneum) or Smoketree (Cotinus coggygria scop.) except fruit and vegetables.

Due to poor water solubility and high lipophilicity, fisetin has low oral bioavailability, which limits its further development and clinical application, therefore, high-availability forms of fisetin will bring great promise. Liposomal fisetin powder is popular among our clients in the United States and Europe.

Fisetin’s ability to activate the AMPK pathway, combined with its other biochemical properties, enables this substance to have a senescent cell removal ability comparable to the current mainstream Senolytics drugs (a class of experimental drugs that can target and remove senescent cells).

—-From the Department of Respiratory and Critical care medicine, west China hospital team

Anti-inflammatory and antioxidant effects of fisetin, as well as its effects on regulated cell death-oxygen/ferroptosis pathways, the gut microbiome, and its senescence activity, demonstrate that it modulates a large number of pathways associated with brain dysfunction The ability to effectively prevent Alzheimer’s disease, Parkinson’s disease, Huntington’s disease, amyotrophic lateral sclerosis, stroke (ischemic and hemorrhagic) and traumatic brain injury in preclinical models.

Because of its various pharmacological properties, the bioactive flavonol molecule Fisetin demands an increase in dietary supplements, it can combinate many ingredients.

Fisetin and quercetin have a similar molecule structure, their potential for biological activity has been established, particularly in regulating a range of cancer signaling pathways. The combined formula promotes cellular health, longevity, healthy aging, improves cognition, and protects cells from stress-related damage.

Glutathione is the body’s “master antioxidant” and detoxifier for every cell in the body, while Fisetin acts as an antioxidant that increases GSH and helps maintain mitochondrial function in the presence of oxidative stress.

The brand Bio-Fisetin from Life-extension, combinate with galactomannans isolated from herb fenugreek, greatly improved its bioavailability.

Bulk Fisetin powder and small samples are both available at Cima Science with various specifications:

Currently, there are no reports of adverse effects in humans. Some clinical trial data are limited for long-term users. If you have any adverse reactions after taking fisetin supplements, should stop taking and consult your doctor.