What is Red Yeast Rice extract?

Red yeast rice extract is a natural product made from indica rice that has been fermented with the red mold Monascus purpureus. It is popular in China, where it has been used for centuries as food and medicine.

Red yeast rice extract is a popular ingredient in many Chinese dishes. For example, it is a food additive in Beijing roast duck, ham, juice, and so on. Red yeast rice extracts are also used in cosmetics and skincare products in the conditioner for pregnant women. In addition, they are made into dietary supplements to lower blood levels of cholesterol and related lipids. CIMA mainly provides functional red yeast rice extract. 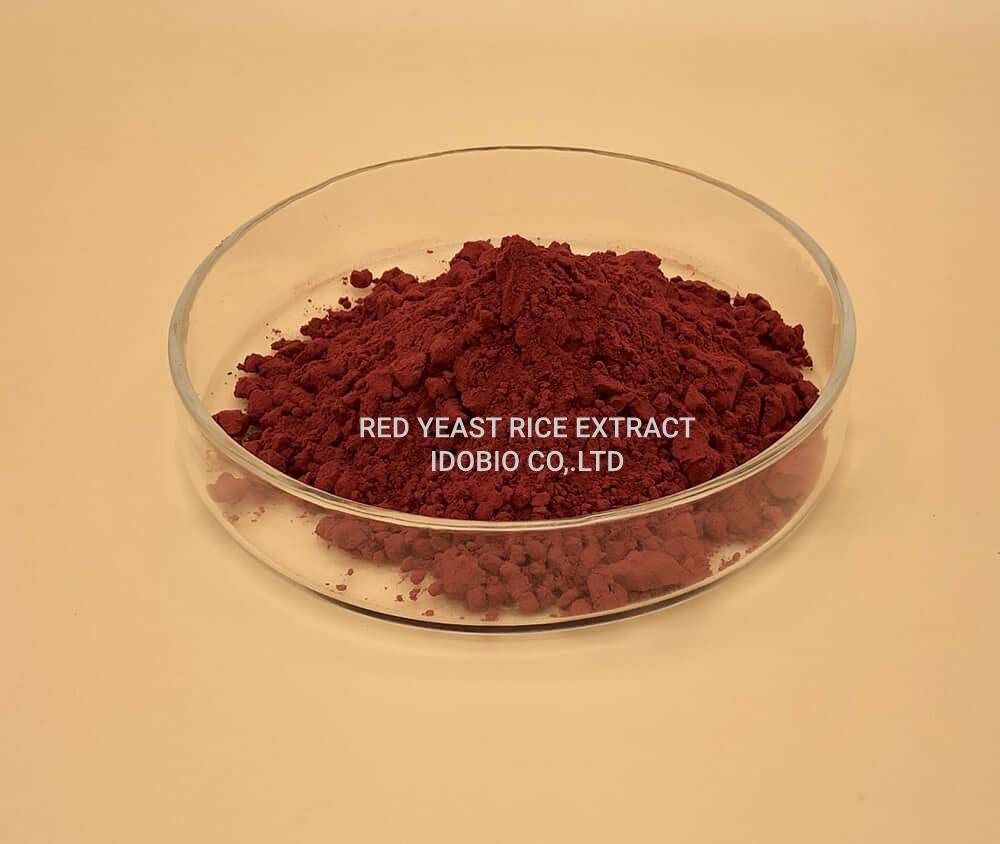 Is Red Yeast Rice Extract a Drug or a Nutritional Supplement?

The answer, confusingly, is both. Monacolin K is the most important ingredient in red yeast rice extract, which helps lower cholesterol.

More than 101 chemical constituents were isolated from red yeast rice, including monacolin, pigment, organic acid, sterol, naphthalene derivatives, flavonoids, polysaccharides, and so on.

Lactone monacolin K was more stable than acid type. Monacolin K changes from acid to lactone in acidic environments. Monacline K of lactone type is less water-soluble than monacline K of acid type, and it is easy to crystallize or precipitate. Monacolin K degradation was induced by heating, and there was little difference between acid and lactone monacolin K degradation. Light intensifies the decomposition of Monaclin K. Acidic Monaclink is most similar in structure to HMG-COA reductase in the human body and forms a competitive mechanism with it to effectively inhibit cholesterol synthesis in the human body. Lactone monaclin K requires the binding of hydroxyesterase in the human body to inhibit cholesterol synthesis. There are differences between individuals and their ability to produce hydroxyl esterase is different, so acid monacline K is better than lactone monacline K in the human body.

Monacolin K is not identical to lovastatin. Monaclink comes in two forms, lactone, and acid. The lactone form of monacolin K and lovastatin are the same chemical. Lovastatin is the active ingredient in several medicines approved by the European Union to treat hypercholesterolemia.

Monacolin K and lovastatin are rapidly converted from their lactone to an identical hydroxy acid (HA) form, the latter being responsible for inhibiting the  HMG-CoA reductase enzyme involved in the biosynthesis of cholesterol. While the acidic form naturally occurs in RYR, in the case of lovastatin, its generation requires conversion from the lactone form.

Red yeast rice naturally contains compounds similar to those found in statin drugs, which are commonly prescribed to treat high cholesterol. Statins can interfere with levels of Coenzyme Q10 (CoQ10), a nutrient vital for heart and muscle health. Low levels might also exacerbate specific symptoms associated with these treatments. Because of their similarity, some concern exists that red yeast rice could also alter CoQ10 levels, based on the University of Maryland Medical Center. 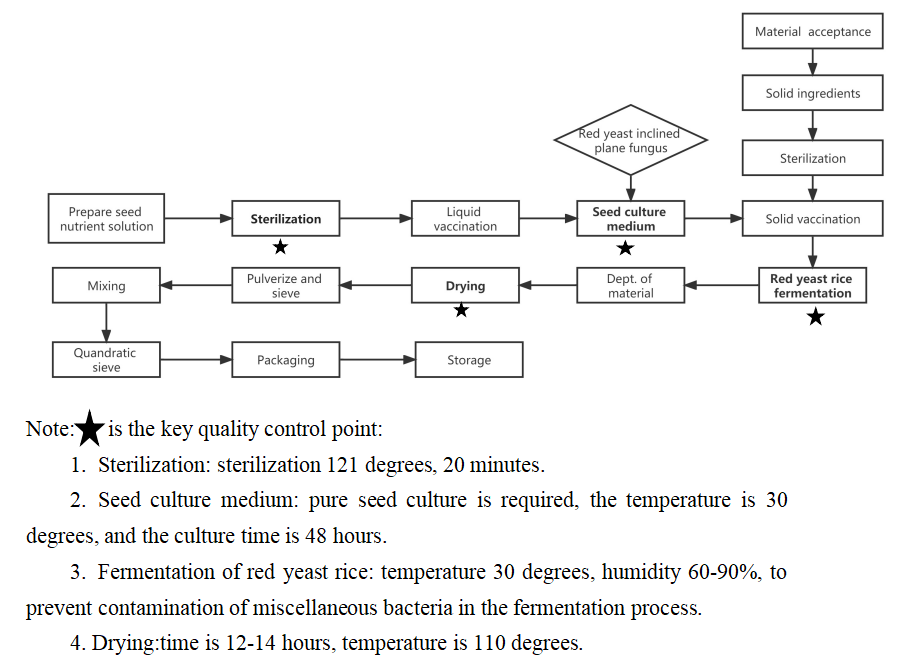 The natural supplement red yeast rice has been shown to lower high blood lipids and cholesterol levels. The ingredient Monascus (Monas) can block an enzyme that helps form the potentially harmful compound known as LDL cholesterol while at the same time promoting more healthy HDLs in your body. Studies show this extract alone or with other supplements improves overall health for those who have dropped below 140 mg/dL on their tests.

Scientists found an element called ergosterol in red yeast rice extract, a precursor of fat-soluble vitamin D2, which is then converted to vitamin D2 under ultraviolet radiation. Vitamin D2 is known to promote the absorption of calcium and phosphorus.

It’s researched that the element GABA exists in the fermentation broth of red yeast rice, and can help to lower blood pressure.

4. Anti-Cancer and Protect the kidney

Monacolin K can reduce the mitotic index of cancer cells and activity of Na+-K+-ATP enzyme, and inhibit the growth of cancer cells. Pharmacological studies have shown that Monacolin K has a significant inhibition of mesangial cell proliferation and extracellular matrix secretion. So it has the function of protecting the kidneys.